The Bude Wave Conference, hosted by the Cleaner Seas Project, took place on the 16th of September. Local business owners were invited, so front of house manager Mark Kivell went along to show support and learn about what impacts water quality on our coastline. 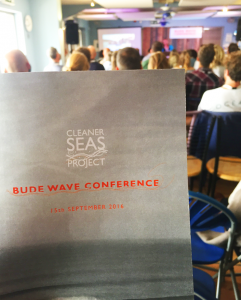 The aim of the day was to bring together business leaders, scientists, marine experts, expert surfers and environmentalists to encourage guests to think globally and act locally regarding sea quality.

The conference invited sixteen guest speakers to the event to inspire audiences. Amongst them was Andrew Cotton, the big wave surfer who began his life on the waves aged seven. He has been involved with events run by the charity Surfers Against Sewage in the past, and is well known for wowing crowds as a guest speaker, encouraging audiences to respect the sea and the environment. 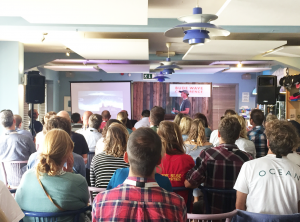 Miranda Krestovnikoff, from television programmes such as The One Show, Coast and Inside Out, also spoke at the event. She is a keen diver and is passionate about diving in the UK, as well as being a Sea Champion for the Marine Conservation Society. 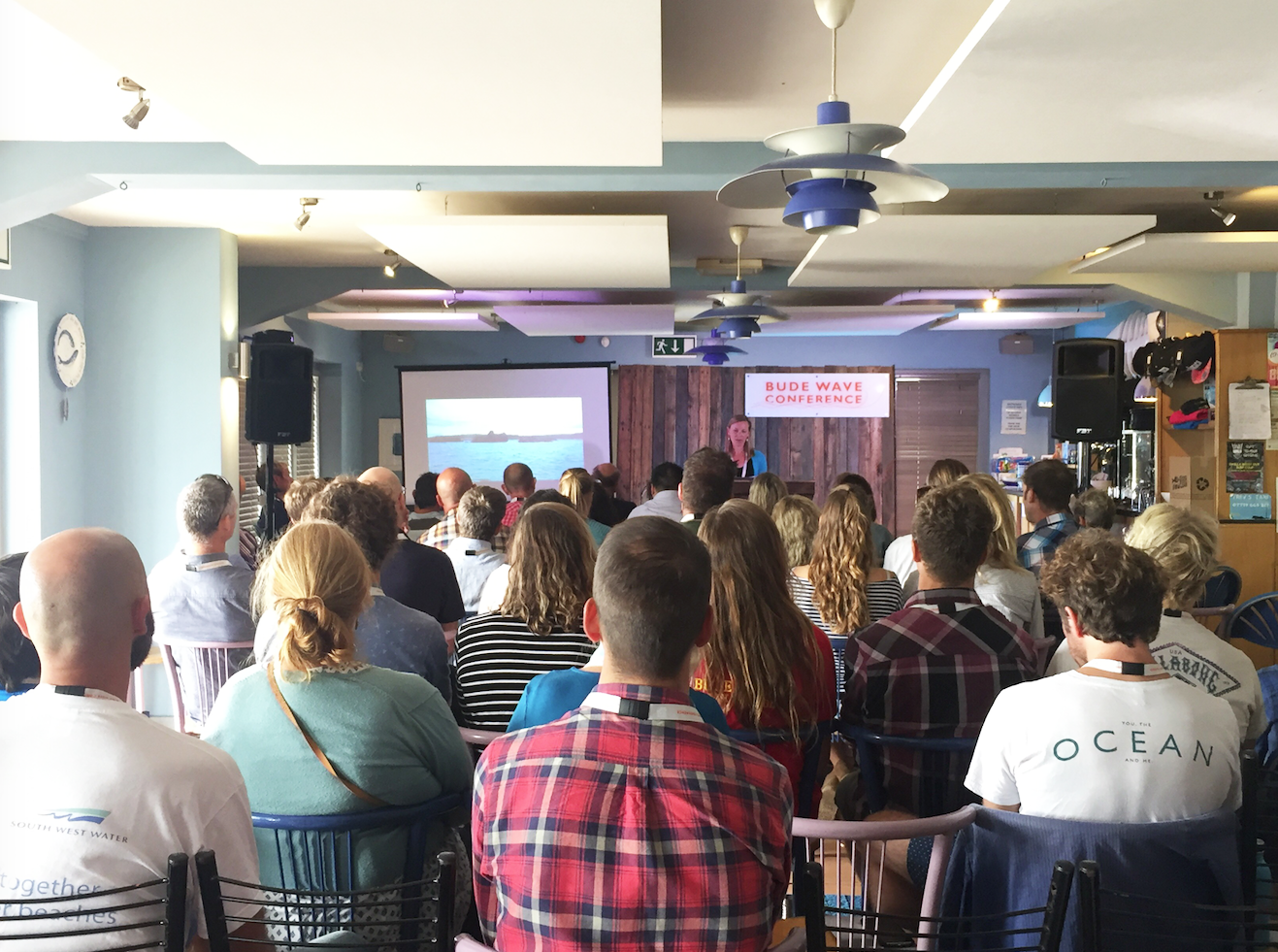 The speakers’ main aims were to discuss different subjects that were negatively affecting the environment. The first topic was marine plastics, and the conference introduced Amanda Barlow of Spiezia Organics, Professor Richard Thompson, marine biologist from Plymouth University, Martin Dorey and Jon Knoo of Interface to the stage. They spoke about how they made a change within their businesses or environment and the affect that marine plastics and debris had on sea life.

Environmental pollution was the next topic, and the audience heard from Andrew Cotton and Natalie Fee, wellbeing author and columnist. They explained that there are 5.25 trillion pieces of plastic debris in the ocean, along with plenty of other shocking stats. However they said that small but positive changes can have a global effect.

Climate change was next on the list, and Miranda Krestovnikoff and Nick Ely, an engineer for the Environment Agency, took to the stage and discussed the facts. April 2016 was recorded as the hottest April globally, and it is recordings like this that cannot be ignored. The speakers re-iterated how fast sea levels are rising, and the effect it has on coastal communities both practically and economically.

The final subject of the conference was economy and health. This was discussed by SLSC Dr Shaw and Adam Hall from Surfdome about matters concerning how local businesses in seaside towns can make positive changes in order to see economic gains.

The outcome that the conference was aiming for was to ensure that individuals do their upmost to protect oceans, beaches, wildlife, coastal communities health and the economy. They are hoping for a big change in the next generation, and want to raise awareness immediately.